Some of you may have noticed that I haven’t posted the results of the first Golden Bowl between LSU and USC, and it’s for the same reason I decided to drop the SuperPower Rankings. The Golden Bowl tournament turned out to be a lot less fun than I had hoped.

For almost every game, I had to pore over the numbers and probably reached a lot of wrong conclusions. I found myself breathing sighs of relief when the two people who voted on the second and third rounds agreed. It wasn’t as time consuming as the SuperPower Rankings but it left me with a sense of dread entering each round.

I had been planning on having a grandiose, John-Facenda-esque description of the Golden Bowl, but I barely managed to work up the knowledge or desire to write any description at all throughout the tournament. I have a feeling I would have fallen well short. Not only is a college football playoff far from an original idea, but others are doing much of what I intended to do a lot better than I would have.

That said, unlike the SuperPower Rankings, I’m still doing this next year. I like the Golden Bowl name, I’m hoping Da Blog grows enough in the next year that I won’t have to break ties at all, and I feel that a lot of simulated playoffs or proposed brackets blindly follow the BCS standings. I’ve heard it argued that a plus-one system would have ignored Georgia or USC in favor of Virginia Tech or Oklahoma; what that ignores is that a plus one would have forced the pollsters to pay more attention to the top four the way they pay attention to the top two now, which likely means #5 Georgia would have gotten past V-Tech or the Sooners, since they arguably had a stronger case for a national title shot than either. (Yes, I know V-Tech was my number 1 seed.) A true simulated playoffs that follows close to what the reality probably would be should follow the NCAA guidelines.

So, this ends the brief spurt of productivity from Da Blog from football. Sure, we’re a few steps away from the Super Bowl – the Patriots just blew past their 17th team, as reflected on the site – but that’s a fairly small part of what we do around here.

No, don’t run away! Come back! I know a lot of you are here for the football, so what can I do to get you to stick around?

Well, let’s start with my 100 Greatest Movies Project, which has been described in the past on the off chance you came here before it was cool. If you happen to be a fan of the movies, and not just the standard popcorn fare but all the classics from Hollywood’s golden age to the present day, I could use you to explain to the masses why they better recognize. If you want to write tributes and descriptions for Hollywood’s greatest films, let me know in the comments or at mwmailsea at yahoo dot com.

But I have another plan to induce the teeming masses to come here. And stay here. I have plans for a new regular feature that I have high hopes for, one that could potentially attract a much larger audience than what I’ve achieved so far. One that could start as soon as tonight.
What is it? Well, let’s just say you can expect to see a lot of this sometime soon: 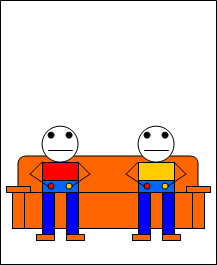