I can’t believe I’m doing this again. I set a goal for me to actually do something productive that might actually make me some money this year, and had a bunch of projects lined up to do over the next few months, and I allowed myself to get sucked in to something that could chew up a lot of time for not much reward. To make matters worse I’m doing it in Google Sheets in the hopes I might be able to share the spreadsheet directly at some point for people to explore the charts on their own, but at the moment it just means it’s a massive memory hog.

But hey, ShowBuzz Daily seems to be more comprehensive than any source I used when doing this in the past, recording viewers and 18-49 ratings for the top 150 original cable programs of each day in the demo, deeper than any source I’ve used in the past that wasn’t restricted to certain networks, as well as viewers, 18-49 viewers, and household ratings for any event at any time on any network (except for ESPNU and a few other, quirky networks), giving me timelier and more complete coverage of daytime sports events on broadcast networks than I’ve ever had before. It’s already had one shutdown scare, but it at least allows me to provide more comprehensive Olympics ratings coverage than the last time I tried this.

Whether or not these numbers are meaningful outside of NBC is another question. In both Tokyo and Beijing NBC opted to have USA present round-the-clock 24/7 coverage, not even interrupted by WWE Monday Night Raw in the case of Beijing (but occasionally interrupted by Premier League coverage). This means there aren’t necessarily any logical “windows” to report ratings for, and how NBC actually did divide the windows for ratings purposes doesn’t necessarily make any sense. NBC had USA’s primetime window align with NBC’s primetime window, and the late-night “Prime Plus” window align with local news and “Prime Plus” on NBC, even if the resulting cutoffs were in the middle of live event coverage. I can sort of see the logic behind that, and I can even see the logic of setting a hard cutoff at 8 AM ET, usually the time when a hockey game would be starting, but the window starting at that time would usually go for six hours, meaning it would be split roughly evenly between live coverage and a few hours of delayed re-airs. I don’t see how that makes sense even from a selling-to-advertisers perspective; few would be watching consistently for that long, and a live hockey game is likely to draw a different audience from taped coverage.

Regardless, this is my attempt to make sense of what was reported on ShowBuzz Daily. This is a list of every window reported there with viewership of over 500,000. Click here to learn more about how to read the charts, but note that that page is now woefully outdated. 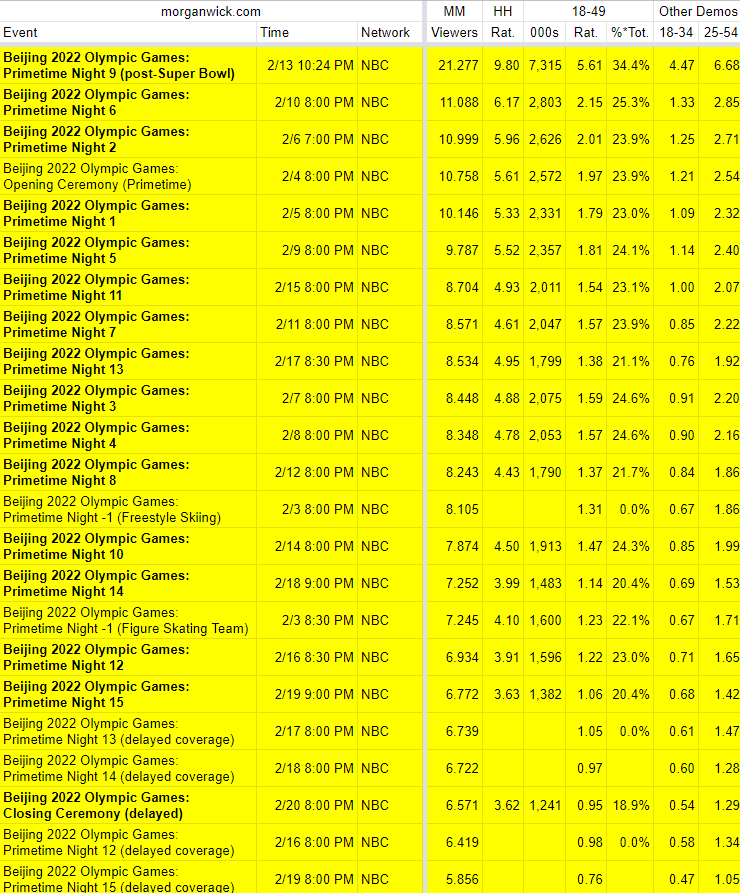 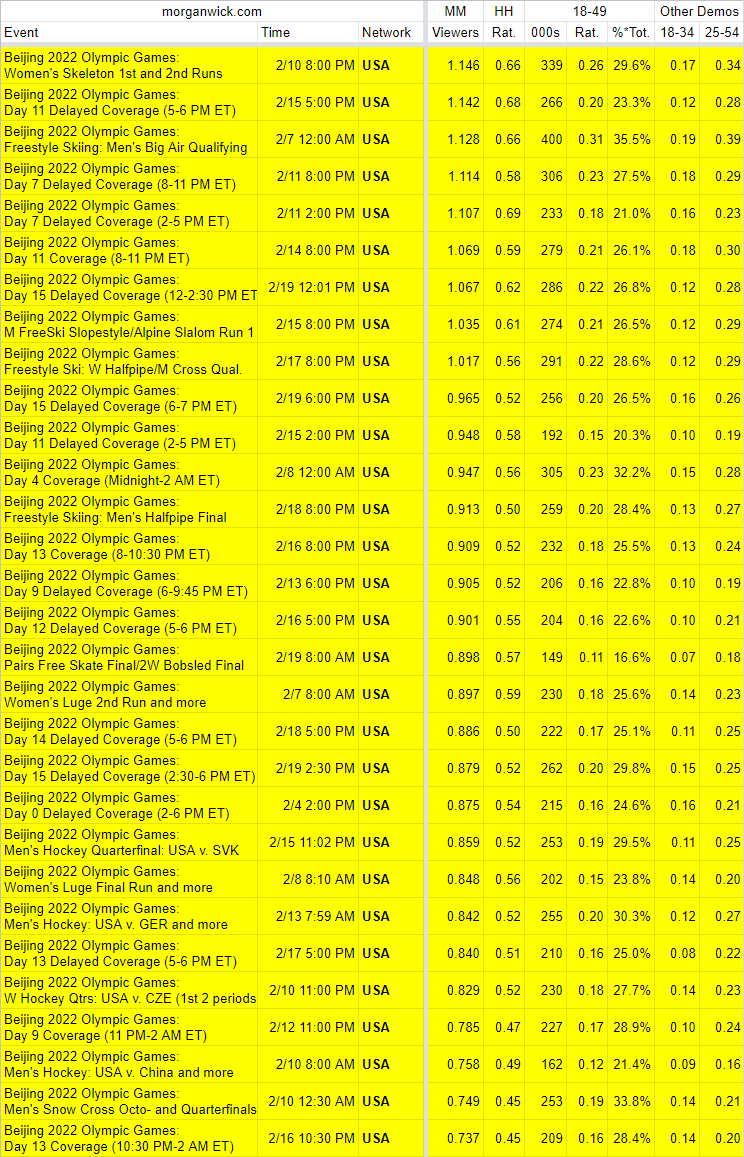